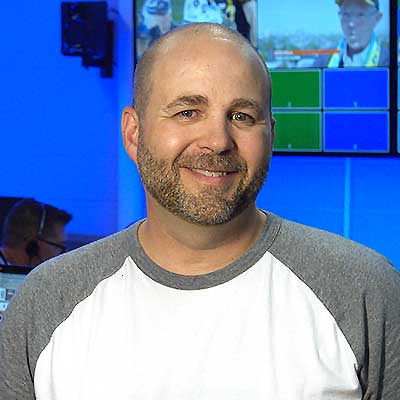 Allan Stevenson began his broadcast TV career at a young age, working alongside his father who was a TV producer. He attended Mohawk College and studied Television Broadcast while working as a camera operator at a national broadcaster.

Early-on, he excelled in post production and began to freelance edit at several post-production edit suites in the Toronto area. After having made several contacts in the industry, Allan got his "big break" producing and directing several national commercial campaigns for a variety of industries.

The director continued to expand his portfolio which eventually led him to the CTV National Network where he became the series director for their prime-time flagship entertainment program: eTalk.

Most recently, Allan has gone back to his roots, producing and directing various broadcast and corporate productions while devoting time to giving-back to his community. The director mentor's young up and comers in the video production industry and assists community groups by providing expertise in multi-camera facilities setup, integration and training.